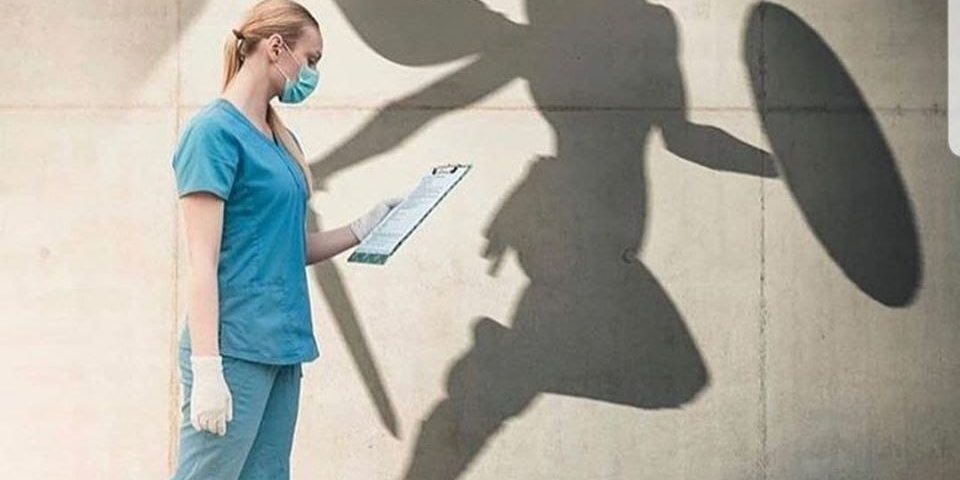 How the COVID-19 has been affecting women and girls disproportionately?

In the span of 5 months, COVID -19 has managed to claim lives of over 280,724 thousand people along with infecting 4.02 million people (till 10 May, 2020). Following the pandemic epicenter in Wuhan, China, the countries across Europe, US, UK and Asia Pacific are reeling badly. While most of the countries are dealing the global pandemic with ‘lockdown’, some are preparing to get back on their shoes with careful post-lockdown Coronavirus response measures. World economy is wounded while precarious uncertainties hovers across all the sectors.

All this while, gender equality or Feminism, is jettisoned worldwide considering the need of hour to focus on ‘real problem’, like in time of any other crisis. The article wants to bring attention onto the fact of how big a mistake it is to consider gender equality as a secondary fashioned statement, and how overlooking gender equality at such times can cost multiple lives.

COVID-19 is a gendered crisis. Although, the assessment till date reveals that virus has infected men more than women, the systemic inequities present in the world social system is amplified during the crisis making women more vulnerable to many adverse impacts. With 70% of frontline health workers being female, and women leading caregiving and informal sectors all over the world, it is crystal clear that women and girls are also at higher risk of infection as well as more vulnerable to consequences than men.

As the crisis amplifies existing inequalities, women and other gender diverse groups, suffer from various physical, psychological, social and virtual threats at different levels. The impact of crisis, or mere lockdown, remains different for people coming from different background. Work from home in a white-collar job, with salary and payment benefits, isolation with family in a spacious house or just a place with basic amenities to sustain the crisis is a matter of privilege for majority in the world.

The crisis hit hard on daily wage laborers, especially in ‘developing’ countries by leaving them homeless and income less. Many developing countries relying on cheap labor migration and remittances have witnessed citizens returning back home in large numbers jobless and clueless of their future. In countries like India and Nepal, internal migrant workers walked for weeks and months on ends, risking and some even losing their lives, just to be stranded in roads or reaching to their home without any clue of future.

Government’s incapability to respond equitably at such times has just harshened the pain, especially to women and girls, leaving them at high risk of sexual and domestic violence, physical and mental health problems, as well as virtual insecurity as people staying at home has inclined to virtual world a lot.

Women working in the Frontline
Frontline women workers are facing the most direct risk from the infection at current times, which the world is witnessing. As mentioned above, women make up to 70% of health workforce as nursing is still considered a ‘female’ job in every countries. News and social media has provided enough evidence on how women are dedicatedly providing services despite having lack of proper protective suits and safety measures amidst medical collapses.
However, frontline women workers include all domestic and caregiving workers that has always been overlooked as a valid work.

Most often the works do not include proper services, like insurances, are exempted from labor inspections and they receive no pensions. In lack of proper documentation, they remain under higher risk of unprotected and abusive environment, with more labor exploitation.

Refugees and migrant women
Currently, women make up to half of 244 million migrants and half of 19.6 million refugees worldwide. (UN General Assembly, 2016). The migrant women also play major part in running the economy by sending three times more the remittances than Official Development Assistance to developing countries. Also, almost every sixth domestic worker in the world is an international migrant, making up to 73.4% women as international migrant domestic worker (Ibid). Moreover, the role of women, besides economic support during any crisis, have been acclaimed every time for sustaining and rebuilding communities. However, policies and system has always lagged behind addressing the needs of migrants and refugee women.

Refugee women already face the problem of not having safe, sex-segregated spaces to take care of their basic needs like changing their menstrual pads, breastfeed their babies, or take showers. Sexual violence and harassment is a major risk they face. The pandemic adds on responsibilities to their shoulders by having to care the sick, mitigate the risk of infections, and continue building resilience by mediating new conflicts and male violence inevitably erupting in the midst of crisis. Lack of access to basic sanitary materials during crisis is another aspect of their worry.

Elderly women
Since the onset of virus, it was widely discussed that “it is only the elderly who are at highest risk of death”, “Fatal outcome is high for just people over 70 years” and statements as such, providing a disturbing disregard towards the elderly. In this peak youth era, all the systems are turning youth fixated, and ‘youth’ is glamorized everywhere. The pandemic has made it clear how ageing or being ‘elderly’ has become symbol of being unwanted and ‘disposable’ at worst.

Elderly women, thus, remain at the margin of being most affected through the pandemic. As health system prioritizes young people for its services, elderly women remain at high risk of infection, yet less counted for receiving proper treatment. Life expectancy of women is also higher than men which means they are most likely to be spending their time alone in lack of companionship to take care of them. During and post-pandemic, elderly women are in dire need of support.

Women with disabilities
Globally, 1 in 5 women and girls live with disabilities, and up to three quarters of them are from low and middle income countries, who are bound to face numerous intersectional forms of discrimination in because of where they belong. For a group that are already marginalized and victim of chronic poverty, social isolation, sexual violence and abuse with no recognition of their sexual and reproductive rights, and lack of education and employment opportunities, among many others, COVID-19 will only magnify their problems, with lack of specified health care system for them. In many underdeveloped nations with cramped quarantine facilities managed by local authorities in whatever they could manage with the available resources, People with disabilities (PWDs) and their concerns are unfortunately compromised.

Women living with disabilities facing discrimination at multiple levels for their sexual orientation and physical disability will face pandemic impact to more intensity.

In the light of COVID-19 and their high time to plan their responses by governments of each country, it becomes imperative that issues of women and girls from all sectors with impacts unique to them are highlighted. It is high time that rehabilitation and rearrangement of social systems include feminist approaches to ensure equitable facilities and solve the current existing systemic inequalities.