Shattering the glass ceiling one-step at a time 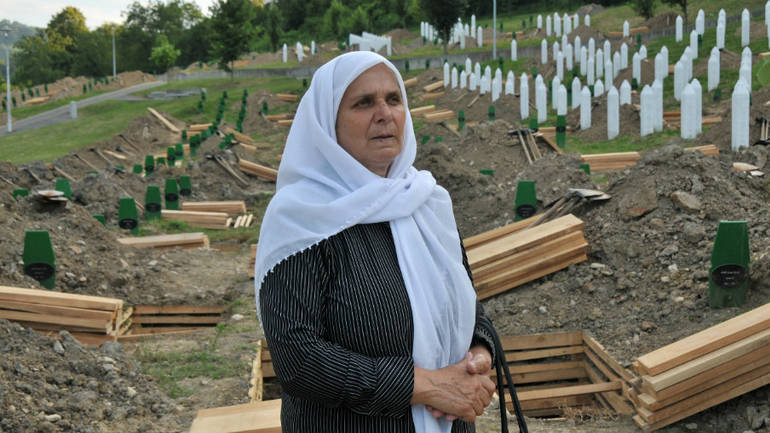 Hundreds of people attended a funeral on Wednesday to bid farewell to Hatidza Mehmedovic, a central figure in the struggle to remember the victims of the 1995 massacre of Bosnians in Srebrenica.

Hatidza Mehmedovic, President of the Mothers of Srebrenica” Association, passed away on Sunday at the age of 65.

As the Head of the association, Mehmedovic was a vocal activist who raised awareness for the Srebrenica genocide, often referred to as the worst crime committed on European soil since WWII, and advocated for the perpetrators to be brought to justice.

Many women who lost relatives in the massacre attended a prayer in front of a mosque in Srebrenica, followed by the burial of Hatidza Mehmedovic in her village of Suceska, near this eastern Bosnian town.

She was commemorated for her efforts to seek justice. She fought so that, after the genocide in Srebrenica, innocent children and people would never be killed anywhere again. She was a woman who was looking for the truth, for her children and for everyone’s children.

Hatidza Mehmedovic’s husband, brother and two sons were among some 8,000 men and teenagers separated from women and were systematically killed by Bosnian Serb forces in Srebrenica in July 1995.

Shortly after the Bosnian war (1992-1995, 100,000 dead), this woman returned to Srebrenica where she was fighting to find the remains of the missing victims, buried in dozens of mass graves.

Two Bosnian Serb political and military leaders, Radovan Karadzic and Ratko Mladic, have been condemned by international courts and convicted of genocide.