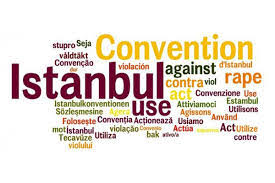 The entire world has been facing a global pandemic for months now and sadly, this situation is expected to continue until next year.

But while the pandemic’s effect on health safety and economies is already disheartening, it has also allowed for other alarming concerns to not only resurface but to drastically arise as well.

In Turkey, one of the most alarming concerns is the unprecedented spike in reports of violence against women. Measures taken against COVID-19, such as lockdowns, have left women and girls trapped at home, or in very small social circles, with their abusers. This incredibly toxic situation stemming from the pandemic and the resulting economic instability further aggravates the risks and triggers for domestic violence.

In addition to this, current social distancing measures employed by the country make it more difficult for women and children to reach out to family and friends for support and protection. The discouragement of social contact in order to prevent the spread of the disease limits how victims can get ahold of health workers, and consequently, the accessibility to safety and support services provided by the government.

This is truly disconcerting given that the Istanbul Convention, short for the “Council Of Europe Convention On Preventing And Combating Violence Against Women And Domestic Violence”, was named after the country’s most iconic city, where it was opened for signatures on May 11, 2011.

The Need for the Convention

Gender-based violence happens not only in Turkey but everywhere – at home, in school, at work, in every EU and non-EU country. It is one of the many forms of discrimination–a brutal one at that–and a grave violation of human rights rooted in and resulting from the systemic inequality of women and men in society.

Because of gender-based violence, women end up living in fear, even of their own loved ones. According to a study published by the World Health Organization (WHO), around 30% of all women have been physically or sexually assaulted by an intimate partner in their lifetime. What’s worse is that 38% of all femicides, the killing of women and girls, around the world were actually committed by their own intimate partners. More so, the majority of women survivors, ranging from 55% to 95%, of intimate partner violence or sexual violence do not disclose their experience or seek any kind of help.

The rest of the study includes even more alarming results. 55% or more than half of all women have experienced sexual harassment at least once in their lives. 33% have been physically or sexually assaulted by an adult when they were only children, 33% have experienced their partner’s psychologically abusive behavior, and 5% have experienced rape. Indeed, in a world that’s becoming increasingly modern, it seems like women are still left behind in a terrifying era of violence.

Even with the increasing awareness of gender equality in these modern times, it’s still difficult to be a woman. Rather than get publicly shamed, blamed, ostracized, retaliated, or mistreated for something that they never wanted to happen, victims would instead choose to keep silent about their circumstances and would much rather not have anyone know. There is a serious case of underreporting of violence against women, with only around 30% of victims filing reports to the police. Among these, only the most serious incidents are reported.

Without the assurance of satisfactory assistance, timely response, or even the most basic but adequate provision of safety and support services, victims would rather tolerate and accept the violence inflicted on them than risk their lives outing their perpetrator.

The Provisions of the Convention

In general, the Convention addresses all forms of violence against women, especially but not only domestic violence, through measures aimed at preventing violence, protecting victims, and prosecuting the perpetrators.

First is the protection of the victims. It is of utmost importance that the victims are provided with the right safety and support services. This includes clear and concise information in a language that they understand so that they know what services are available to them, and accessible shelters sufficiently distributed across the country so that they have somewhere to escape to.

According to the Convention, there should also be statewide 24/7 telephone helplines free of charge that can offer immediate and expert advice to guide victims to safety. Specialized help centers such as rape crisis help desks or sexual violence referral centers where they can be provided specialized care like medical counseling and forensic services are also supposed to be mandatory.

Next, the Convention states that the police must have the power to remove the perpetrator from their home to face investigation and trial. Law enforcement should carry out an effective and timely investigation to avoid prolonging the victim’s trauma. Prosecution of the perpetrator is a must to ensure that justice can be served.

Authorities must also protect and support child witnesses as they are more exposed to the severe impact of violence and abuse, whether physical, sexual, or psychological. In addition to this, they must also protect female migrants and asylum seekers who are particularly vulnerable to gender-based violence due to their immediate need to have the right to belong to the community. They must also grant migrant women their own resident permits if their residence status is dependent on their abuser so that they do not have to keep enduring violence to keep their right to reside in the host country.

Last but definitely not the least, to prevent further violation and discrimination, the Convention states that campaigns are to be conducted to promote awareness and to fully inform the general public of what forms and manifestations of violence women experience on a regular basis. Likewise, education at all levels should include the equality of men and women, non-violent resolution of conflicts in a relationship, and the right to personal integrity.

Specialists and professionals who could prevent or detect acts of violence or prevent secondary victimization must also be trained and suitably assigned to government care centers and partner organizations to deal with the victims of violence as is appropriate to them.

Protecting Women with the Istanbul Convention

Now more than ever before, women wake up every morning afraid simply because they are women. The world is turning to be more and more a cruel place, crueler even inside what should be the comforts of their own home. This is why we need the Istanbul Convention – a legally binding set of guidelines designed to safeguard women against violence. And yet, this is only the beginning of the need to foster a safer place where women can freely and confidently wander in. 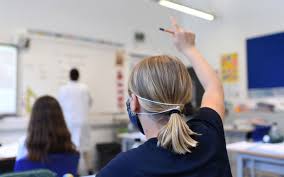 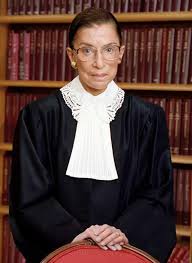