Women power against the rape culture in Sierra Leone 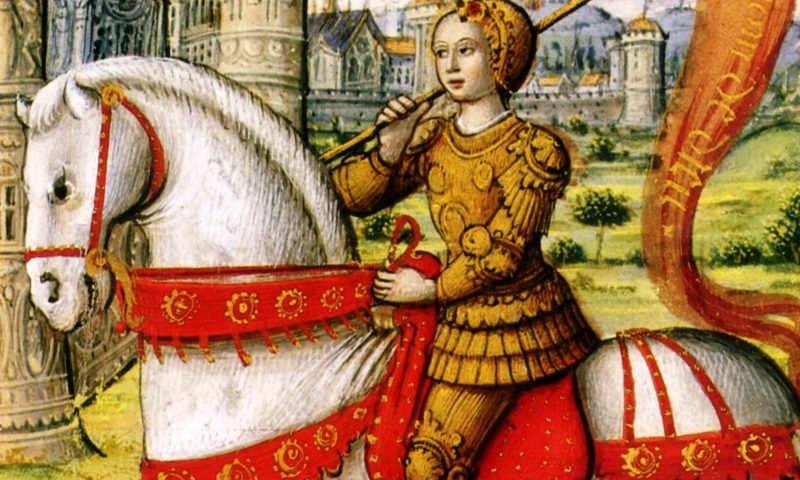 History has often placed women at a subordinated level than men; however, there are many women figures who have dared to rise from their ascribed level and inspired millions until date. For this week’s dose of inspiration, we would like to share the historically miraculous story of France’s loved saint, Joan of Arc (Jeane d’Arc) who, through her ‘visions’ of three saints led France to victory during the hundred days of war. Her story is considered a fascinating subject of history, art, mythology and literature to date.

In the fourteenth century, when France was facing series of conflicts due to inheritance dispute over French throne and English colonizing process of France, Joan of Arc rose as a sole savior of her kingdom. Born to a simple illiterate peasant family, Joan affirmed that she has been receiving ‘messengers from heaven’ who she identified as Saint Michael, Saint Catherine, and Saint Margaret. At the age of 16, Joan shared how the saints gave her the purpose of her life to drive out English colonizers and bring the rightful heir to the throne. As such, she went on to abandon her village and joined the King after receiving the military support. As her prediction of battle of Rouvray came true, her intimacy with the royal affairs increased and she was allowed by Charles VII, then uncrowned king to join the siege of Orleans in 1428.

The siege of Orleans was a key period of the war as it held the fate of entire kingdom rather than just a city and a defining moment for Joan’s military journey. Considering the continuous humiliating defeats, there was no optimism regarding the French chances of victory in the siege of Orleans and historians defend the decision of king allowing Joan to the siege as result of having tried and failed at all other rational steps. With Joan of Arc and her military advices and guidance, the siege of Orleans happened to be over in only nine days. The victory gained her trust of most prominent royal figures who accepted her strategy in following war steps. Nicknamed as the maid of Orleans afterwards, she was also able to ensure coronation of Charles VII and later lead France to the ultimate victory.

Although Joan’s visions and voices got France a successful victory, it was not very good on her part. She later got captured by English troupes, had to undergo multiple trials on heresy and was executed for the charge of repeated ‘cross-dressing’. She was known to wear male i.e. military dresses throughout her journey and also during her captivation to save herself from potential molestation. On 30 May, 1431, she was burned at stake more than twice so that there will be no remains of relics. Later a posthumous retrial opened in 1455 in appeal of Joan’s parents. After the investigation of theologians from 115 eyewitnesses’ testimonials, Joan of Arc was declared innocent and received martyrdom. Joan of Arc was further canonized in 1901.

The story of Joan of Arc, who stood as a semi-legend for over four centuries has definitely stirred controversies and inquisitions from scientific to feminist perspectives. Women across the world consider her as an example of brevity and inspirations for rising through a level of being a woman from economically poor status. Most contemporaries have analyzed her from different angle as demonic fanatic, spiritual mystic, naive and tragically ill-used tool of the powerful, creator and icon of modern popular nationalism, heroine and saint. However, eyewitnesses’ explanations on how she was stagnant about her visions from saints keep the story unresolved yet miraculous till date. Psychologists and theologians have attempted analyzing her visions’ reasons and sources; however there still lies ambiguity in testimonials because of her assertion on maintaining confidentiality about her visions. Conspiracy theories like Joan of Arc actually being half-sister of King Charles VII, being a Pagan and only a mythological figure came around, but myth or not, it cannot be denied that she was a great figure of inspiration and reinforcing belief in divinity.

She still remains a worshipping figure in French military lines, with three vessels of French Navy including a helicopter carrier being named after her. The French far-right political party Front Nationals has tricolor flame emblem that partly represents her martyrdom. Second Sunday of May is celebrated as civic holiday which was set in 1920.