Role of women in compassionate leadership and peacebuilding

Commission on the Status of Women and its upcoming 63rd session

Role of women in compassionate leadership and peacebuilding 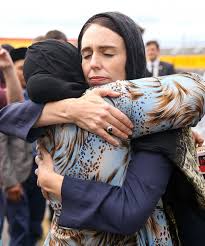 Compassion and resolution make a perfect leader and the kinds that the world needs right now. This was demonstrated excellently by New Zealand’s Prime Minister Jacinda Ardern while leading the country after one of the historically worst moments of terror- the Christchurch attack. While the world mourned for the gruesome death of over 50 people, it also parallelly praised her for standing up with so much compassion and power. Her speeches and words to condemn the attacker declaring him nameless, followed by her presence and humility among the victims’ families reflected empathy and compassion to the utmost level. These qualities mixed with her steeliness and decisiveness was exemplary to the world.

With such a move, Ardern has been able to not only demonstrate the true power of compassionate leadership but also women’s potential in peace-building and managing conflicts. Women’s role in peace-building has always been acknowledged at a global level, however, engaging women meaningfully in the local level of peace-building still remains very challenging.

The statistic showing that the inclusion of women in peace process enhances the probability of agreement by 35% that last at least 15 years is widely acknowledged. Women’s inclusion and participation are one of the popular international debated topics as well. Women’s role in peace and security got global affirmation after the landmark formation of UN Resolution 1325 by UNHCR in 2000. The resolution affirmed the important role of women in prevention and resolution of conflicts and emphasized the importance of their equal participation and full involvement. There have been significant changes after the resolution as women’s peace and security has been increasingly being mentioned in peace processes. In 2015, 7 out of 10 peace process referred women’s peace and security.

However, while analyzing in a broader lens, the statistics still disappoints. An infographic presentation of UN Women published in October 2018 shows that only 2% of women acted as mediators, 5% acted as witnesses and signatories and 8% as negotiators in major peace processes in the timespan of 1990-2017. Further, gender sensitivity in peace agreements is also an issue that is lacking behind. Only 3 out of 17 peace agreements have gender-sensitive provisions.

The problem lies deeper as the participation of women at ground level is still minimal. Politics and peace processes are considered male dormitory. O’Reilly et al.(2015) shares that women’s role thrive when the goal is not merely to end violence but focused more on building long-lasting peace. The Geneva Graduate Institute’s Broadening Participation Project examined the roles of women’s groups in 40 peace and transition processes and found that the involvement of women made it more likely for an agreement to be reached and increased the probability that the peace agreement will last longer. One of the studies conducted by Professor Valerie Hudson at Texas A&M University also demonstrates that the security of women is integrally linked to the security of the nations in which they live and it can be ensured through women having active leadership roles and to build peace by being fully at the table.

However, having women in the table doesn’t guarantee that the participation is meaningful unless their voices and being heard and addressed. It is important that there is descriptive (presence in politics) and substantive representation (promotion of their interest) of women is ensured (Franceschet & Piscopo, 2008, p. 397). Further, authors like Goetz and Jenkins (2016) also mentions that women’s participation and gender-equality provision in peace-building agreements are not correlated if there is no substantive participation of women.

The major underlying challenge is the stereotypes regarding women being passive and supportive while being dominant and violent. Women are not considered capable enough to have the skills and status to manage conflicts in local level. In Somalia, elder men were seen to exclude women from formal decision-making forums where negotiations for peace took place. Iraq, although being the first country in middle east to reinforce resolution 1325, it was found that 67.7 % of Iraqi women believe that women should participate in elections as candidates and 84.8 % believe that women should vote and 41.5 % said they did not want to participate in political affairs as this was the domain of men, as per a UN study report.

Therefore, there needs to be a mindset shift among negotiators and even community level regarding women’s capability and significance of women in peace building tables. Stereotypes should diminish because often, Identities overlaps and experiences are contextually based (Khodary, 2016). It should be ensured that women are at the table when negotiations are taking place, women’s interests and lived experiences are fully reflected in peace processes, and that women are equally considered in recovery efforts in the aftermath in conflict. Women have been known to act as local mediators, encourage peace and reconciliation and promote education. Long-lasting peace building requires holistic efforts, and women use best the power the compassion and reconciliation. Acknowledgement of the importance plays major role in peace-building and women empowerment.

Lindborg, N (November, 2017) The essential role of women in peacebuilding. Retrieved from https://www.usip.org/publications/2017/11/essential-role-women-peacebuilding 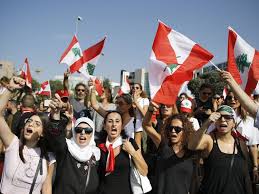 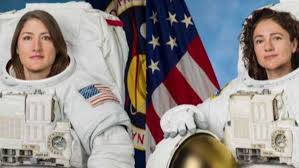