Importance of women on climate action 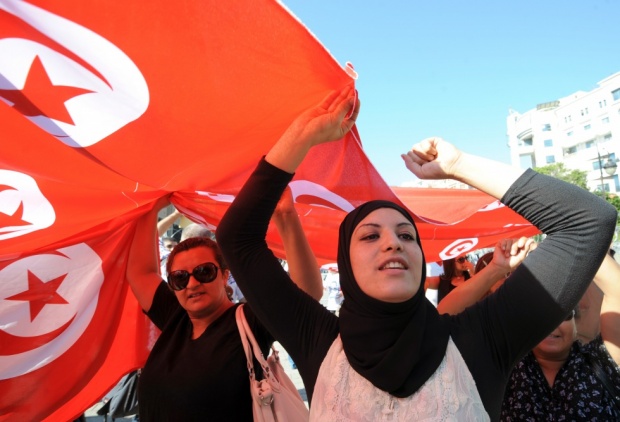 Sixty years ahead of independence from France and Post – 2011 revolution, Tunisia has been a promising figure towards securing gender equality in the Middle East region. Since 1956, Tunisian women were able to enjoy some of the progressive freedom instituted by Habib Bourguiba- the first elected president- such as access to higher education, the right to file for divorce, and certain job opportunities. The Personal Status Code which came into effect from 1956 is considered one of the most progressive codes in the Arab region.

The unprecedented role played by Tunisian women in the 2011 MENA revolution was significant to further progress the women’s rights in the region. The introduction of inheritance laws that would give equal authority to male and female towards property was one of the leading steps towards gender equality, However, Tunisia where the majority of population follow Islam, introduced this law in contradiction to Islamic law, where women are allowed for half the share of property than of men. Followed by many protests, the constitution 2014 refused to mention the inheritance law explicitly. Then-President Beji Caid Essebsi fought long for the several amendments in the constitution. He did manage to push through a law that permitted Muslim women to marry non-Muslim men, something prohibited in much of the Arab-speaking world, further securing the “Freedom of Choice” for the women of the country.

In the course of eight years after the 2011 revolution, there have been significant signs of progress making Tunisia one of the progressive countries for Gender Equality in the Arab region. In July 2017, Tunisia passed a landmark law, addressing the end to all “physical, moral and sexual violence” against women. The law introduced new criminal provisions, increased penalties for various forms of violence, sexual harassment, and discrimination against women and included the necessary measures women need in order to seek protection from acts of violence. The landmark law also brought an end to the provision where rapists could escape punishment if they married the victim. The uproar against the law came into action after Hajar, a victim of abuse since she was 14-years-old, was ordered by a TV host to be married to her abuser to “contain the situation”.

Further, the “vertical gender parity” bill passed by the Tunisian parliament made it mandatory for all parties or blocks to put forward an equal number of male and female list candidates. As of 2017, 73 women MPs held seats in the country’s parliament – the highest female representation in any Arab country- with 60 percent of women working in the medical sector, 35 percent in engineering, 41 percent in the judiciary, 43 percent in law and 60 percent in higher education.

Following the increasing political participation of women, Tunisia also elected its first women mayor in July 2018- Ms, Souad Abderrahim, 54, who ran as an independent under the list of Ennahda, a traditionally conservative party. Her victory to the position was symbolic of women’s empowerment as her leadership would be an aspiration to women regardless of political affiliation or place they come from. Her leadership promised of changing faces of politics of Tunisia and representing women’s issues in higher level discussions.