At present time, there are only 66 women judges in ordinary courts, out of 16000 male judges in a population of 104 million of Egypt. That makes only 0.5% of female judges, whereas, as per women empowerment strategy 2030 of Egypt, the government has aimed to increase the number of women judges from 0.5% to 25%. However, the achievement seems challenging to be true as women are prohibited from application process to State Council and Public Prosecution. 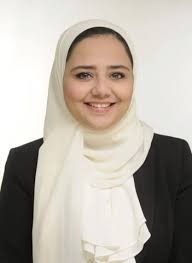 In this regard, Professor Omnia Taher Gadalla, through her foundation #HerHonorSettingtheBar is addressing the issues consistently despite encountering numerous obstacles. She started the foundation in 2014 which is growing and supporting female law students from the year 2013, 2014, 2015, 2016 and 2017. Because criticism of judiciary might lead to prison sentence, she chose a longer but bottom up approach to continue raising her voice. Through various awareness programs, symposiums, side talk in events, guest lectures in universities etc. Through national and international media platform, she gradually enhanced the coverage of the news. The initiative has already held more than 20 symposiums and have network over 2000 people for regular updates sharing.

Professor Gadalla’s major step towards condemning the practice was filing two cases against the unconstitutionality of the Articles (11, 53, 14, 9, 92, 93) on the grounds of Egyptian constitution issued in January 2014. The constitution mentions explicitly about equality and non-discrimination, equal opportunity and prevention of discrimination on the basis of sex, and that discrimination being a crime punishable by law. The articles also mention about equality between men and women in all civil, political, economic and social rights, the right of women to hold public office, high posts and all judicial authorities. However, she got ruled out on her first case in 2017. Yet, consistent determination and passion has led her to continuously fight for her second case even after 6 years of litigation.

The initiative #HerHonorSettingTheBar supports the female law graduates from the year 2013-2016 through helping them financially and technically to take necessary legal steps on the issue. The endeavor of the initiative have resulted in submission of a bill by a female parliamentarian which stipulates clearly that women have the right to be judges. The initiative also cooperates with many national feminist and human rights organizations and delivered the issue to most of the feminism and human rights institutions like IAWJ, UN Women, African Women in Law Institute, International Development Law Organizations and other organizations in Egypt to work together.

Despite the numerous efforts, bringing change to the practice seems like a distant hope. In conversation with Women Network for Change, Professor Omnia Gadalla, founder of #Herhonorsettingthebar since 2014, shares her views on the causes and effects of this inherent discrimination.

What do you think are the reasons behind the persistency of this practice?

We often hear two different versions of why are women not allowed to hold the judicial position. State often mentions about lack of facilities that state currently has for female, lack of female-friendly policies to balance work and personal life, the issues that come up with women requirement for leaves and maternity etc. But the core reason is deeper as women are not seen as capable and competent enough to take the position and make the decisions. Some also refer to religious justifications to prohibitions, but the highest of religious authorities have already mentioned of Islam being neutral to such practices. The belief that male, as breadwinners, have right to decide for everything and this long held suppressive mindset is the reason behind the persistency. It’s unfortunate that women are allowed to work in academia, law firms, legal researches, and semi-judicial authorities, women are allowed to teach the male graduates to become the judge, to issue the law and fight as lawyers, but not allowed to be the judge and make the decisions.

What do you think are the implications of such practice among other women?

I believe gender justice system shall be gender equal. Women comprise of 49% of community. How can we ignore the 49% of voice? For example, if there are any cases of rape or domestic violence, It is required that they open up and give their statement. In such case, how can she open up to 5 male judges but not a single woman to hear and understand her? In Addition, governments have committed to achieve gender equality by 2030 as per Sustainable Development Goals. 2017 was also celebrated as Year of women. But when the major judiciary system of the country is gender biased, how can we expect these visions coming true? How can other social problems get gender justice when the justice system itself is not gender equal? Therefore, I believe the implication of such practice is really deep and affects not only the female law graduates, but also extended to all Egyptian women.

What are the roles of different social actors to solve this issue?

In such case, I believe the major role lies among the public opinion support and political will. I also envisage that present women judges should encourage other women graduates to fight for their rights in holding the position. Universities should encourage and support female law graduates to address such issue. As of now, universities have mixed response, some professors actively encourage students to speak against it, some keep quiet while some professors don’t encourage fighting for it. Moreover, the biggest role should be played by media to bring this issue out to the national and international attention. Women should support women fighting this cause because it is not just about some female law graduates fighting for their rights. It is also about thousands of women who won’t get justice because systems doesn’t practice in gender equality. The stereotype of female incompetency will forever remain and develop as a truth. So, before that happens, we need to fight against it.