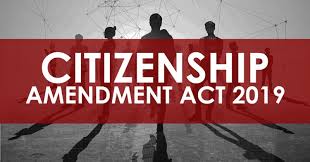 In the recent series of events of protests that have stirred up the whole India, one of the many things seen common is women and young students being the major symbol of protests.

Since December, Indian university students and women have led massive protests against the Citizenship Amendment Act (CAA) announced by Modi government for being biased towards Muslim communities. Hundreds and thousands of citizens have taken up street for peaceful protests, which have been responded with violence and force many a times by the government.

Youth and women across the whole country have come together regardless of their religion to protest against the Citizenship Amendment Act (CAA) and India government’s visionary plan to develop National Register of Citizens (NRC). CAA is accused of being anti-secular, putting Hindus first and giving priority to 5 other religions from 3 countries to gain naturalization, excluding Muslims. The act states that “any person belonging to Hindu, Sikh, Buddhist, Jain, Parsi or Christian Community from Afghanistan, Bangladesh or Pakistan, who entered into India on or before the 31st day of December, 2014… shall not be treated as illegal migrant for the purposes of the act.” (Amended section 2, CAA 2019) As such, the clear omission of residing Muslim migrants on the account of Islam being the major religion in the three stated countries, gives an unfair disadvantage to Muslims migrants residing in India and even Indian Muslims. The act is further claimed to be unconstitutional, rendering Muslims stateless and forced into detention camps by the proposed NRC in combination with CAA.

The rise of protests have also resulted from violent response from the police. Till date, the death toll of anti-CAA protesters have reached 32 by 15 January, 2020.

Women in the forefront

It has been a common sight to see women, housewives to students clad in hijabs, take hold onto streets and raise their voices louder than ever. Women are seen organizing rallies, raising funds for posters and food for protesters and painting graffiti. In videos that have gone viral, women are seen joining hands and protecting a fellow men protestors from being beaten up by the police.

“What is happening in the country is wrong,” Shabana, a 21-year-old student at Jamia Millia Islamia University, said through the veil covering her face. Jamia Millia is a major public university in the capital where a large number of Muslims study. “They can’t suppress our voices.”

Women, especially in Muslim families, bear numbers of social restrictions to go out in public. “My mother stops us from stepping out, but if we do not know show strength now, then how will we encourage others to step out?” said Nazia, a 13-year-old schoolgirl protesting outside the university.

On 4th Jan, More than 100,000 protesters have taken part in a peaceful march called as ‘Million March” in southern India led by umbrella group of Muslim and civil society organizations in Hyderabad city.

In Shaheen Bagh, Delhi, women- especially Muslims- have been peacefully protesting for weeks facing the uncommonly harsh Delhi weather. As the women sit and chant freedom songs, men stand at a neat perimeter and watch the protest going on. The protests have been devoid of violence, and visitors are welcomed with a kind smile, a cup of tea, and sometimes a sweet or savoury treat from the community kitchen. The solidarity of women in this not-so-privileged community of Delhi has gained national attention.

Ranjana Kumari, renowned social activist and a prolific academician, who is also a co-chair of Women Network of Change shares her opinions regarding the current protests: “Since the passage of the Citizenship Amendment Act during the last session of the Parliament, India is witnessing an unprecedented uprising amongst the people across the country. For the first time in India’s history, religion has been made a criteria for granting citizenship. The law passed in December 2019 proposes to not grant citizenship to Muslim immigrants from Afghanistan, Pakistan and Bangladesh. This provision of religion as a criteria for granting citizenship is against the secular spirit of the Indian constitution and democratic state. At the time of independence, India pledged to respect all religions and adopted a non-discriminatory policy. When implemented, the current law will interfere in both the secular nature of state and its guarantee of non-discrimination.

Among the protests happening across the country, it is inspiring to see Muslim women emerging as symbols of resistance and providing leadership to the movement. In a radical turn of events, these women who have been bound by social norms are making history by taking to the streets to fight for an inclusive future of the country. A unique pavilion of protest, Shaheen Bagh is witness to their determination. For over a month now, thousands of women of Shaheen Bagh, have been braving the biting cold along with their children. They are also successfully combating the bullying and pressure from the police and administration with their nonviolent method of protesting. Shaheen Bagh, which has triggered several similar protests across the city and country, has become a space of creative dissent where the unstoppable youth of India is expressing their anger in creative ways.

The contentious nature of this law is not only being challenged by millions of people across the country but also, approximately 140 petitions questioning it have been admitted in the Supreme Court. Unfortunately, the Court has not granted a stay on the law but has given 4 weeks’ time to government of India to respond. On the other hand, the government has already declared its intention of not withdrawing the legislation at any cost. One will have to wait to see if the secular nature of the Indian constitution prevails.”