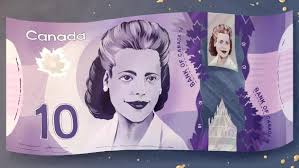 Among many inspiring women in the world, who have not only fought fearlessly against the range of social discrimination, but also paved the path for future generations to walk freely, Viola Desmond is one of the immemorial names. Born in 1914, Viola Desmond was an African-Canadian businesswoman who first confronted the racial discrimination that Black Nova Scotians were used to of facing in Canada. With her simple act of refutation to sit in a segregation space in a public theater, she bought a nationwide revolution against the racial discrimination.

One of the ten children of her mixed-raced parents, Desmond grew up in a black community in Halifax, Nova Scotia. Her career in business started when she noticed the lack of professional hair and skin-care for black women in her community. As she was not allowed to be trained as a beautician in Halifax being an African descent, she joined a course in Montreal, Atlantic City and New York. Upon her return, she started her own salon in Halifax and also started training other black women through The Desmond School of Beauty Culture so that other black women interested in becoming a beautician should not go far from their home. She developed a framework through which the trainees could open their own businesses and further give employment to other black women in the community. She also later started her own beauty products line, Vi’s Beauty product, especially designed for Black women under her own investment and marketing and eventually became an icon among black women in Canada.

The event that led to her arrest and consequently, ignited a revolution happened in November 1946. During her business related travel from Halifax to Sydney, Nova Scotia, her car broke down in New Glasgow. As she had to wait for day to get her car fixed, she went for a movie in the Roseland Film Theater. Unaware of the informal rules regarding racial segregation prominent in the theater, she sat in the main floor seats reserved for the white people because of her nearsightedness. When she was asked to move, she refused claiming she would have a better view because of her poor eyesight. There she was forcefully removed, causing a hip injury and was arrested on the accounts of one-cent tax evasion. She had to spend overnight in jail, without any information about her right to legal advice, a lawyer or a bail, and was charged $20 fine.

As she returned back to Halifax, she sought legal help from newly established Nova Scotia Association for the Advancement of Colored People (NSAACP) and with her lawyer, Frederik William Bisset, fought against Roseland Theater. Although it was an unsuccessful trial, the case surely made headlines across Canada and outraged the Nova Scotia Black Community and became a symbol of resistance against racial discrimination in Canada. Even post-trials, Desmond led an inspiring life as a Black beautician/businesswoman later enrolling in an educational degree, lived up to 50 years of age, and passed away while she was living in New York City.

In 2010, she was granted a posthumous pardon, the first to be granted in Canada and the Crown in Right of Nova Scotia also apologized for prosecuting her against tax evasion and was acknowledged that she was rightfully resisting racial discrimination. In 2018, Desmond also became the first woman to appear along in a Canadian Bank note- $10 bill unveiled by then Finance Minister and Bank of Canada on 8 March, 2018. She was also named National Historic Person in 2018.

Racial discrimination have been long fought by different women in different spans of time. Viola Desmond is seldom compared to Rosa Parks, who also set light to worldwide revolution against racial discrimination by refusing the stand up from a whites-only seat in a public transportation, which was an act against disobedience as per the local Jim Crow laws that supported racial seat segregation in public transportation. However, racism still remains, raveled in social injustice and existing in different explicit and implicit ways across the world, and endless fights against racism continue from women from different levels of society. We still have a long way to go before our world becomes an equal and just place for future generations of all gender, caste and races.